Types of Biryani in India That You Must Try

Checkout the authentic types of Biryani found in India in this article. 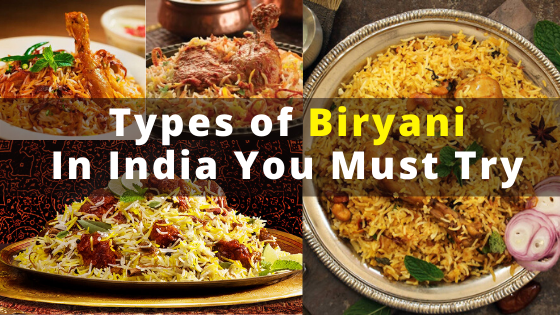 Biryani is a delicious Indian seasoned rice yum dish. It can be made with meat, fish, or vegetables. It has changed and developed over time resulting in the different types of Biryani. Every region of Biryani has its own speciality because of its ingredients and method to be used to prepare it.

Biriyani is very close to every foodie’s heart and so we are here with a list of famous types of Biryani in India that you must not miss.

To know the varieties of Biryani available in India keep reading! Also, if you are a Biryani lover we have a list of Best Biryani Restaurants Online. You can check out these restaurants and get delicious Biryani delivered at your doorstep.

Get ready to earn Rs 50 just after signing up on this link and using the code 458331. There are several deals and coupons through which you can buy the essentials and earn 100% cashback. So, grab this opportunity and earn money!

Biryani is a delicious Indian seasoned rice dish which is known as biriyani, biriani, birani or biryani. It is a very delicious rice dish. It can be made with meat, fish, or vegetables.

This mixed rice dish originated among the Muslims of the Indian subcontinent. Eggs and/or vegetables, such as potatoes, are also added to certain regional varieties.

Types of Biryani Based on Origin

Different Types of Biryani in India

Here we have listed the different types of Biryani that you will find in India. Each recipe has its own story as it is developed in different regions of India. 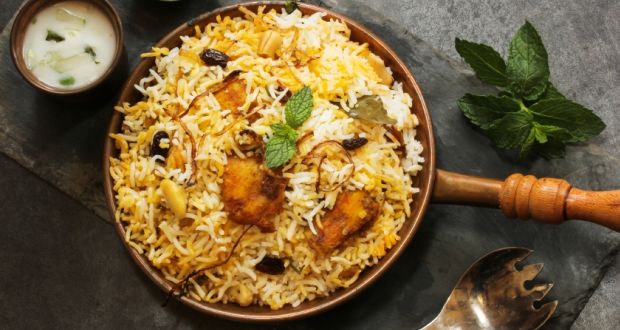 Note: If you want to eat delicious Biryani at affordable price you can check Behrouz Biryani online. Behrouz has the most appetizing Biryani for both vegetarians and non-vegetarians. 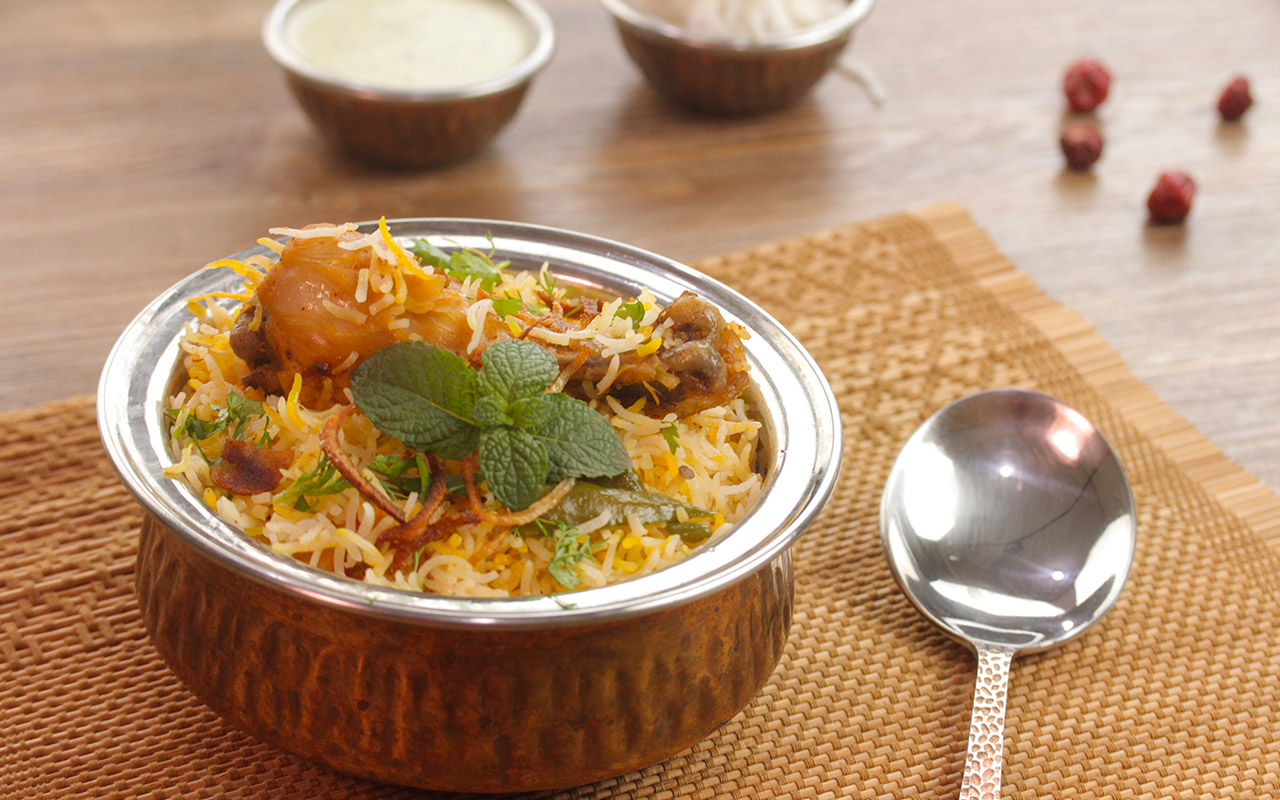 Lucknowi Biryani also called Awadhi Biryani is considered as the king of all Biryani. The Lucknowi Biryani recipe came from Northern India by Mughal in the 18th century. It was a Royal Mughal recipe that still continues to win hearts. The biryani has subtle, delicate flavours and rich fragrance.

For this biryani, the rice has to be cooked separately with spices and then the marinated chicken is added in layers. The Biryani is cooked Dum Pukht style in a pot sealed with flour at low flame for hours. The Lucknowi Biryani recipe is extremely popular across India and it is one of the best Biriyani you can have in India.

Note - Are you Following FreeKaaMaal on Instagram? Catch up with us on Instagram for Special Offers, Deals, Discounts, Bumper Giveaways and Much More. Follow @freekaamaalofficial today! 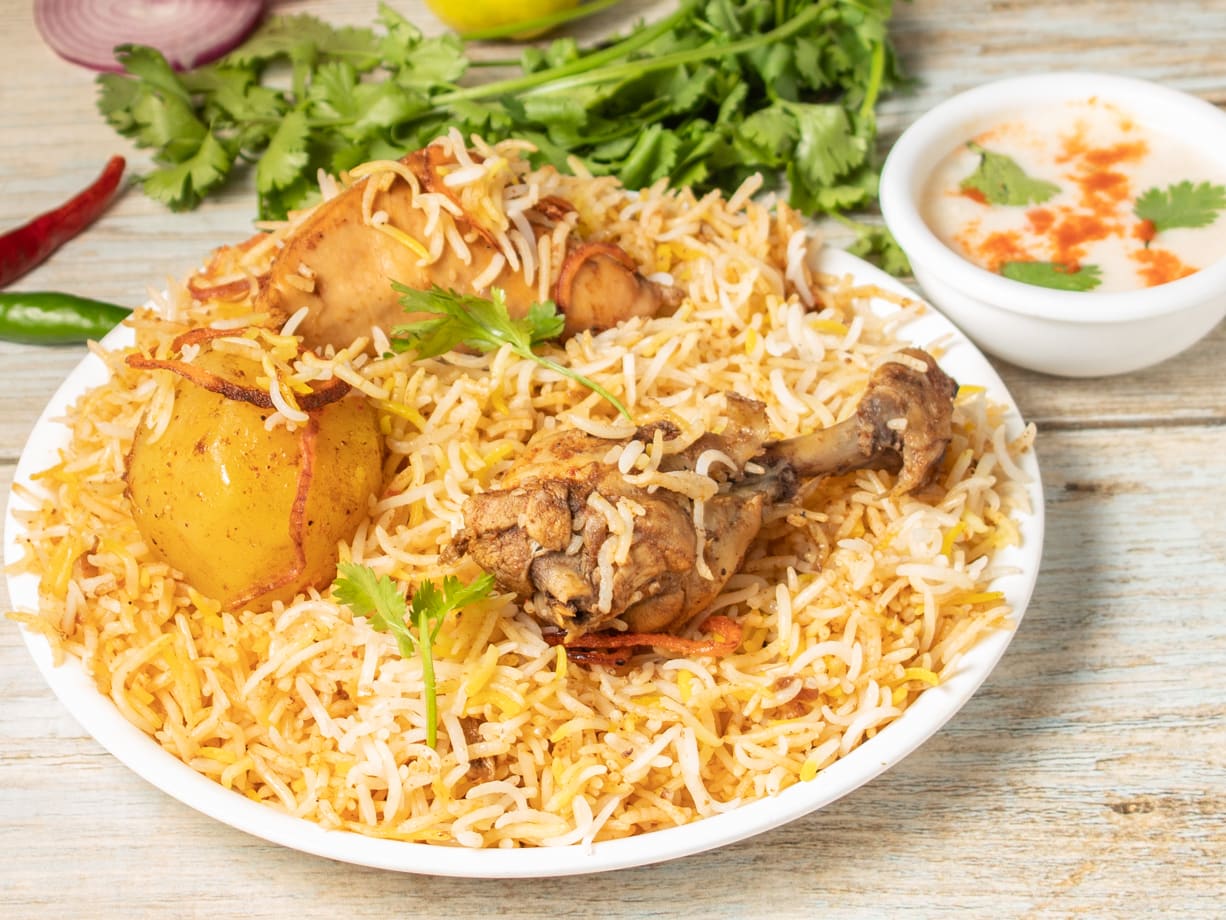 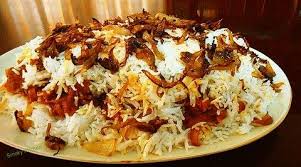 Memoni is Sindhi Biryani that developed in western Gujarat-Sindh region of India. Memoni Biryani is the spiciest Biryani in India. The signature element of this Biryani is soft mutton chunks that form the base layer of the biryani. To the mutton chunk yoghurt, fried onions, potatoes, and tomatoes are added. The Memoni Biryani is delicious, rich and flavorful. 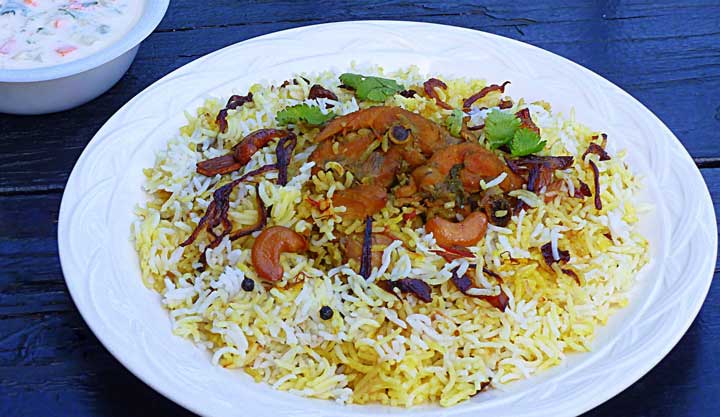 Malabar Biryani originated in Kozhikode region of Kerala. It is dum style cooked Biryani garnished with fried onions and dry fruits. The Biryani has 4 varieties based on the meat - Mutton, Chicken, Prawn and Fish. The biryani is lightly spiced so that the meat flavour comes out well. This Biriyani is aromatic and delicious. 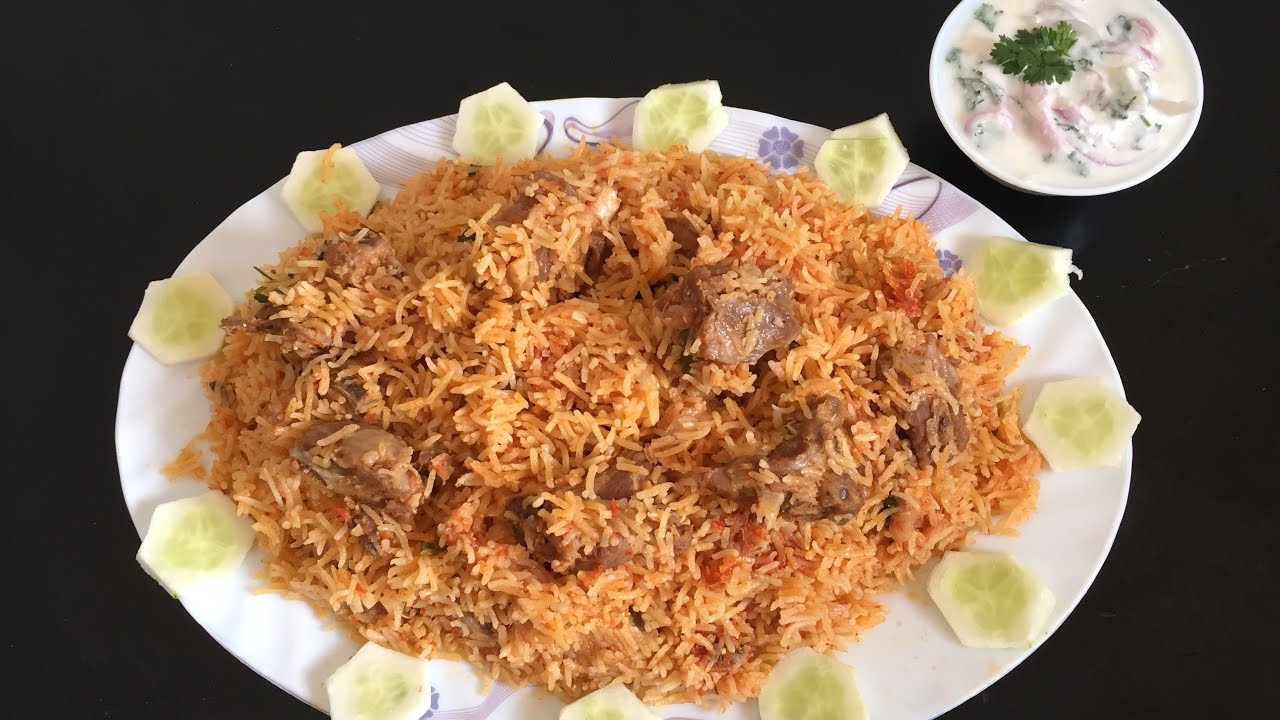 Ambur Biryani developed in Southern India, Tamil Nadu is known for its strong flavour. The Special element of this Biryani is the dried chilli paste which contributes to its spiciness and whole spices of Tamil Nadu responsible for the strong flavour.

The Biryani is served with eggplant curry which creates the whole difference. This dum style cooked South Indian Biryani has coconut milk, curd and mint leaves as special ingredients. This Biryani recipe comes from Bhatkal, Karnataka, and it is a classic Navayathi delicacy. The recipe is middle-eastern style, where the meat is marinated in a paste of green chilli and onion and then added to the rice and cooked together.

The Biryani is garnished using mashed onions, garlic, spices, chillies, curry leaves. This Biriyani recipe is unique and the taste is delicious. Bhatkali Biryani is a popular cuisine in Karnataka and you must give it a try. 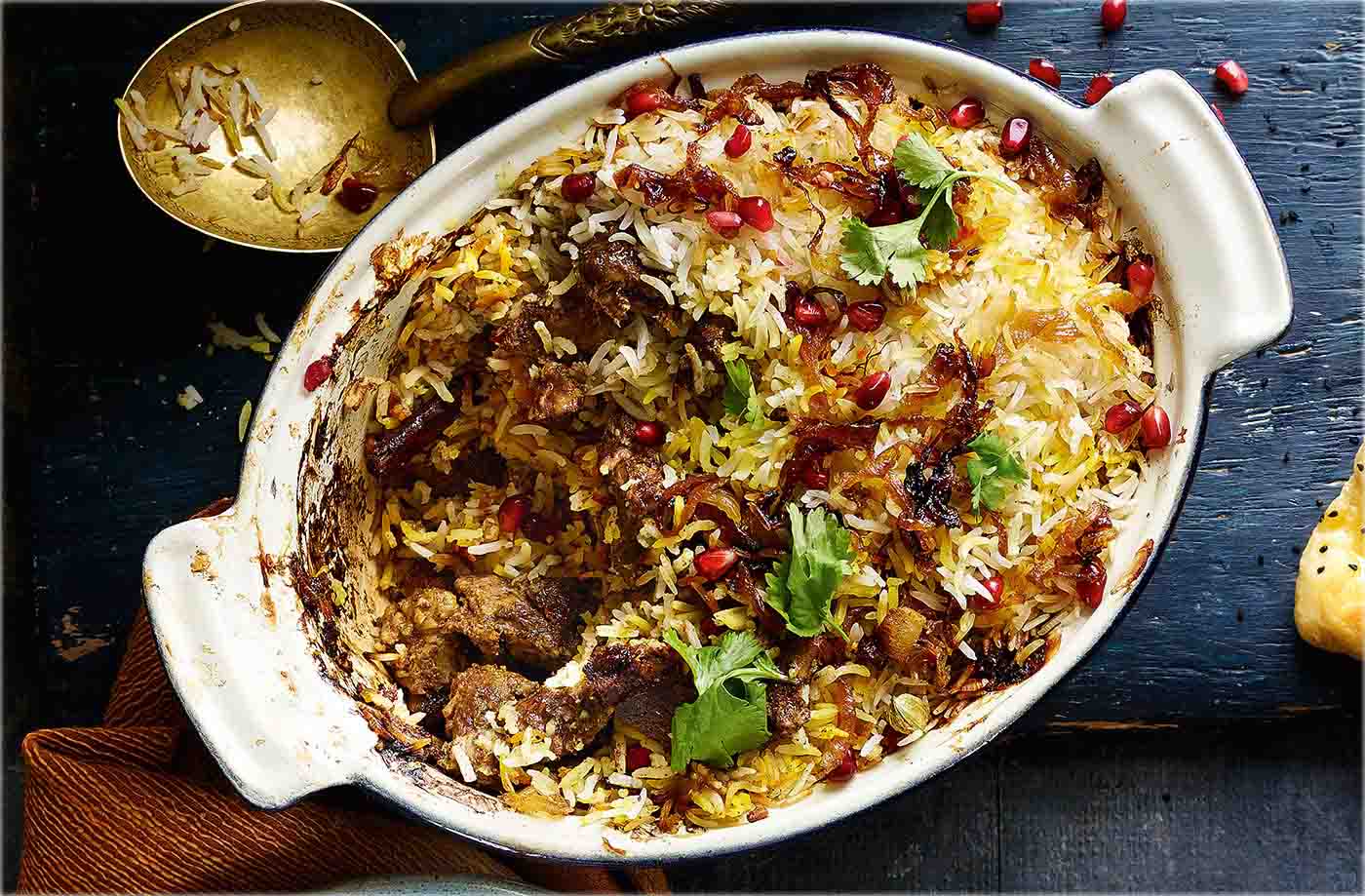 Other Types of Biriyani in India

So, these are the most popular types of Biryani in India that you must try. Indian food is rich in taste and Biryani is one of the most special cuisines of India.

1. How many types of biryani are there in India?

A. There are different types of Biryani that you will find in India. Each recipe has its own story as it is developed in different regions of India. The types include Hyderabadi, Lucknowi, Kolkata, Beary Biryani, Kozhi Biryani, Assamese Kampuri Biryani, Bombay Biryani, Dindigul Thalappakatti Biriyani, Kalyani Biryani, Berian, Dan Pauk, Middle Eastern Biryani, Afghani Biryani, and more

2. Which style biryani is best?

A. Biriyani is very close to every foodie’s heart and the best types of Biryani which are most famous across India are Hyderabadi, Lucknowi, and Kolkata Biryani.

3.  Which biryani is best in India?

A. Hyderabadi Biryani is the most famous biryani in India. However, it is all about the personal choice of the person and the region he belongs to.

4. Which biryani masala is best?