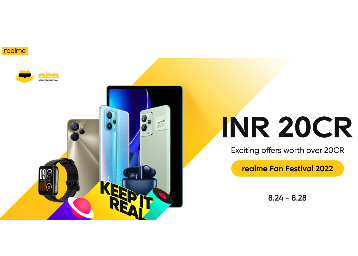 As a part of the Realme Fan Festival, the company is offering major discounts on the purchase of various devices including tablets, laptops, and wearables, which includes its TWS earbuds and smartwatches. In addition to offering discounts, the company is also offering various bank offers to interested buyers.

50% OFF for MasterCard and Maestro Card Users on Movie

How to Earn Cashback ?